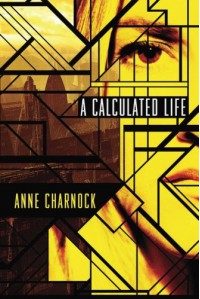 Dystopian in the classic sense, A Calculated Life follows an analyst's attempts to understand the world around her and her place in it. The title is a pun representing both her work (her attempts at developing intuition), and her origins. And perhaps even her society, where biology dictates social class - or at least that's the party line.

The writing is odd, sometimes stilted, full of block text definitions and quotes from other works. It's...sort of perfect for the main character, really.  The balance feels a little off, though. I'm not exactly sure why. If the second act had been longer or the epilogue shorter, I'd have no problem giving this 5 starts. Even with it's entirely predictable (or should I say calculated?) end.

There are moments that feel like allusions to Anna Karenina. I can't tell if that's deliberate. I kind of hated that book, but the reminders herein make me think perhaps I failed to appreciate some of Tolstoy's text.

I suppose I would have a better appreciation for the story of a woman who doesn't quite know what she wants and who she wants to be, working with limited options, if told from the POV of a plain, highly analytically, socially awkward one.

Anyway. Short, interesting, odd, but familiar in many of the right ways. If I ever get my Hugo PIN, I will seriously consider including it on my nomination ballot.