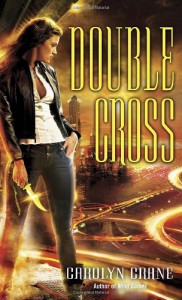 I tried so hard to make this a romance that would benefit from being urban fantasy that it took me until a few chapters before the end to realize what a great horror story I had been reading. And that's how I am going to interpret it, as a two volume horror set playing with romance tropes instead of a romance trilogy playing with comic book superhero tropes. It's just so much better that way.

Part of the confusion, of course, was the setup for the sort of ridiculous love triangle that seems to be so en vogue. And that the narrative is first person in the form of an insecure single woman looking for love and doing whatever feels right no matter how dumb it is. How have I forgotten that Lovecraft also wrote in first person with unrelatable narrators. There were plenty of other subtle clues that now feel like neon signs pointing out that this wasn't a romance novel. The lack of fucked up blurring of consent. The inclusion of condoms. The successful insertion of humor into a rape scene. The erotic descriptions of men that weren't all about smooth chests and hard asses. I don't know what I was thinking expecting this to be a romance. If I still thought that, I would probably also think the end was a cliffhanger because we're oh so far from the happily ever after. We get, instead, the delightful horror version of that happy ending, and it is a thing of beauty and terror and a perfect ending to a story about the prisons we build for ourselves or allow ourselves to feel caught in. An exploration of the balance of freedom and security.

I still have some issues with the world building and maintain the "less is more" criticism I made of the first one. For example, I'm totally willing to go along with the hipster version of tin foil hats right up until the discussion gets to the function of wavelengths and nature of information. At least that was straight from the mouth of the crazy conspiracy theorist? And the comments about the local soil. Um, really? Maybe they should keep some of the soil from their homeland in their coffins or something.

I also fail to sympathize with the relentless optimism and overdeveloped sense of responsibility that seem to define our heroine even more than the fear and anxiety she is valued for. It's why I put this down the first time I tried to read it.

But enough of the griping, what did I like so much about this?

The subtlety of foreshadowing. All those missing pieces from the first one that I worried were plot holes because the protagonist had done such an excellent job of demonstrating that she would never figure out there was even something to ask about? As Packard said, "all will be revealed." And in a way that totally makes sense. The sinking feeling from early in this book that I totally forgot until the sentence where it was suddenly relevant - very well done.

The weaponization of anxiety. How clever is that? It's funny, but it's also the basis for a conversation about free will and the nature of our experiences to shape us. One that somehow, with this group of misfits feels fun and, never like a heavy handed morality play about being careful what company one keeps. Simon's comments later in this book are just wonderful.

Crane knows exactly how many details to include to set a scene without stopping the flow to examine every fucking thing in the room. That makes me so happy. That alone is reason enough to try her future works.

I realize this isn't actually intended to be horror, but as long as I don't read the next one, I can pretend. And merrily move on to her next series which appears to be both Weird Science for Women and a love triangle setting a man against himself.
Tweet