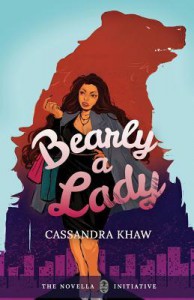 On my flight back to the states, I went on a bit of a Khaw bender, ending with this paranormal chick lit adventure about a werebear who's just trying to get laid and not kill anyone.

This is the second paranormal chick lit story I've read this year, and I think it's a genre I fucking wish was real. Why the fuck isn't this a genre I can easily pull up lists of recommendations for, for fuck's sake? Is it so much to ask for urban fantasy heroines to star in stories about friendship, sex, and fashion?

Anyway, not at all the splatterpunk aesthetic of Khaw's other work, but quite successful in it's own right.