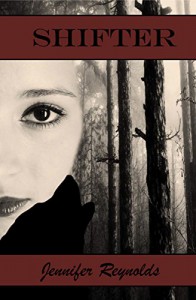 A woman, well on her way towards crazy cat lady, adopts a beautiful cat from a shelter not realizing he's a shapeshifter. The first half of this book is pretty great. Half paranormal romance starring a cat, half chick lit dating adventure. The last quarter is fairly standard paranormal romance stuff, but still fairly interesting.

There's some things I really like, and some things I really dislike. Like: all the sex is consensual. Dislike: the hero uses rape as a threat against the villain (not from him, but still..); the heroine is also threatened with rape. Like: the heroine is super into fun genre television shows. Dislike: she refers to women as females. Like: the source of why she's so effed up emotionally is laid out in her first chapter rather than left as a reveal long after I've lost interest. Dislike: even with that said, at some point it's kind of exhausting to hear her yet again think about how fat of unattractive she is when literally all single men she meets ask her out.

So, kind of a mixed bag. And set in the state where I live, which is still novel.