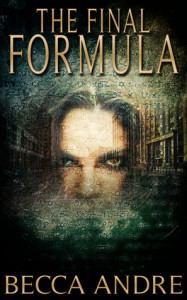 Rather than just pick up the first one, I grabbed this collection of the first two books in the series plus a short story that happens between them. This series definitely falls under "not for me, but probably good for a different reader." An increasingly large category the more I read.

The setting is interesting, but the world building is either very loose or being revealed far too slowly for this particular reader. Magic came back, but there's new and old magic. After 2.5 books, I still don't feel like I have a firm grasp of what that means. Certain types of magic get assigned to these two categories, but there's a wide range of magic that isn't explicitly classified and I don't have a good enough sense of what either new or old means to even guess. This has zero effect on the story; it just bugs me.

The romance is solid, for the most part. Though, and this connects to my biggest issue with the book, it does make sure to explain to us that our heroine is a virgin during the first sex scene, regardless of if she's had sex before. Basically, at some point the narrator reveals that she, in addition to memory loss, has amazing regenerative powers. And during the (thank the lord, completely consensual!) sex scene, her hymen breaks. There then follows a conversation between the lovers about how this is conclusive proof that someone who said they'd been lovers before her amnesia was lying. Never mind that a day after being shot, her regenerative powers have reduced that injury to a little muscle ache. The hymen is a magical virgin detector that could not possibly ever regenerate. Just look, she has a scar, so obviously the regeneration is not complete, no penis has ever been here.

I know I just spent a really long paragraph on hymens, but I assure you that was less text than the scene. More annoyingly, the conversation has zero effect on the story. Whether she had been fucking or not fucking another person before she lost her memories is completely irrelevant to the plot and to the character arcs. All it does is firm up the horrible bullshit concept of purity pervasive to the series. The next bit I will spoiler tag for plot relevance even though most of you will probably have figured out this particular twist within the first quarter of the book and for spoilers from the second book.

Oh my god, the fat shaming. A big, but super obvious, plot twist is that she had taken the final formula, which magically restores the body to peak condition and instills immortality. Meaning her forty-something overweight self magically transforms into a thin, beautiful woman who can pass for teens or early twenties. And is a virgin. At some point in the books, she starts having flashbacks to her former, evil self. She can always tell it's evil her because she always notices how fat she was before she was magically transformed into her ideal physical condition - skinny virgin.

With the first book, I thought this was just an unfortunate bit of happenstance - that the author wanted to make sure she was harder to recognize without disfiguration. I won't say that means it didn't bother me, but at least I could convince myself that it was unintentional. Then, in the second part, they end up in a strange cabin in the woods and she has no clothes and has to dress in whatever they can find. There is no doubt of the deliberate fat shaming in the jokes traded between the main characters about the size of the owner intuited from his clothes. It is wretched and again adds nothing. She's been described as petite throughout, and while oversized clothing plays into a future scene, the absent owner could have just been tall, or a little broad. And it's not that the author made him fat that's the issue - it's that she decided to include the jokes about him - which add nothing but scorn for the overweight. The author elected to make him fat and then make fun of him.

So, yeah, this series has an extremely specific concept of what the ideal woman is shaped like, and in case you don't get it, the narrator will be sure to explain that fat people are evil, sad, and lonely, and probably never had sex, but if they did, it doesn't count, because real love is for skinny virgins you fat fucking whore.

God dammit if this series didn't hurt my feelings just a lot. Are you happy, book? You made this fat girl cry.

And its so unnecessary.  Seriously, how hard is it to not be terrible to fat people WHO AREN'T EVEN IN THE BOOK.

Jessica Jones series one has the same problem. Awesomely complex heroine dealing with far more shit than anyone should have to still takes time to fatshame.

So, if you've made it this far, now for the good.

This is first person narrated by a highly analytical heroine who is actually in touch with her emotional side. I love high int, low wisdom characters, but so often, intelligence in women is portrayed with a heavy helping of inability to feel. Not here. In the second book, especially, it is wonderful to watch her observe, analyze and draw conclusions. It's also wonderful to watch her rationalize poor decisions that later blow up in her face. There is so much here character-wise that is well done.

In terms of plot, there's a major issue I have with a character re-introduced at the beginning of book two, but it doesn't change anything - I just feel like it's a big thing for the reader to not know something that so clearly contradicts the end of the previous book. That aside, this is fun adventure and crime scene investigation stuff. The fight scenes are really well written and the pacing is solid.

So, I guess the conclusion here is: highly recommended to all you skinny virgins who will roll right over the shaky bits and all you fat whores who can look past the author shitting in your mouth a few times for an otherwise fun, fast paced adventure with a wonderfully complex heroine.